The CEFR is the standard used around the world to benchmark language ability. It is a series of descriptions of abilities, which can be applied to any language.

It makes it easier for anyone involved in language teaching and testing (such as teachers, learners, and parents) to see the levels of different qualifications, and it means that employers and educational institutions can easily compare Cambridge English Qualifications to other exams in their country.

It has a six-point scale, from A1 for beginners, up to C2 for those who have mastered a language. The CEFR describes the things that a language learner Can Do at each of these six levels. 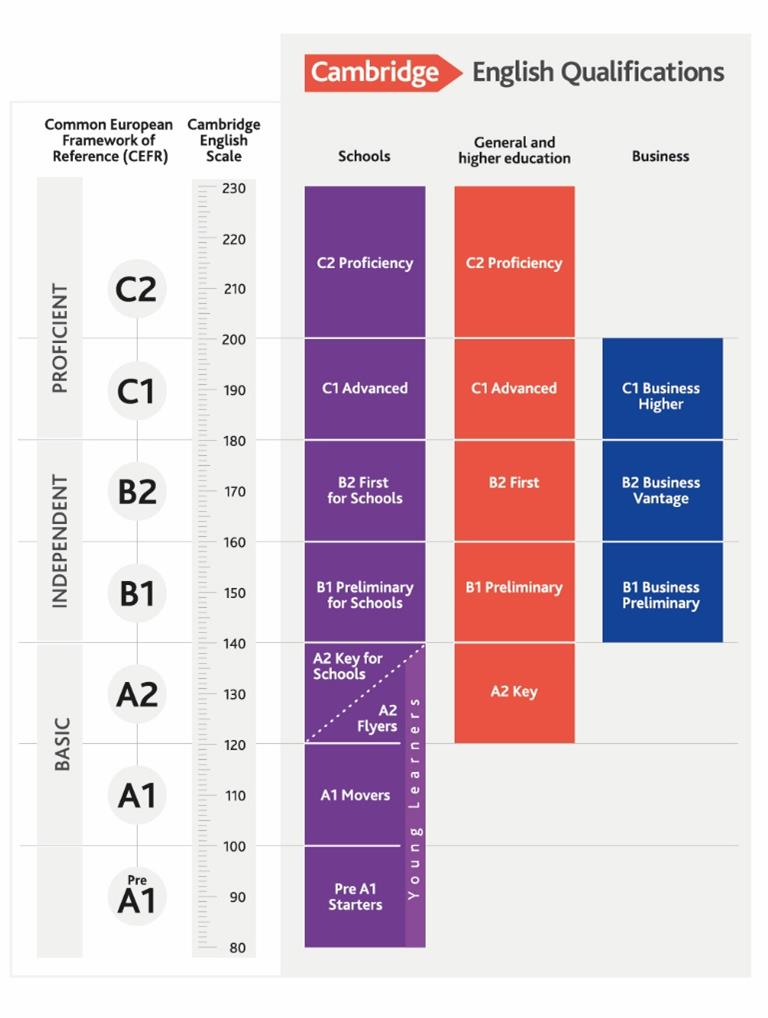 We are always happy to advise you on the best course for you. Simply contact our team.